Al Khamsa, Inc. is an organization dedicated to preserving the Bedouin Arabian Horse. This year their grand prize for their 2007 National Convention Raffle is a wonderful 12" x 16" portrait painting by Nan. You do not have to have an Al Khamsa Arabian to win; Nan will do a portrait of any of this world's animals. Any breed or creature that is the object of your desire is eligible. All animals have captivated Nan in her life and art.

The grand-prize winner of the drawing will have a magnificent 12" x 16" portrait created from supplied images. The finished painting will be framed and ready to hang and its image will be posted here upon completion.

The drawing was held on October 13, 2007. More information may be found at the Al Khamsa website http://www.alkhamsa.org The winner's commissioned portrait will be displayed here when Nan has completed it.

Congratulations to the grand prizewinners Dave and Lisa Rettke of Missouri! They decided on a portrait of their majestic stallion Hallanys Gem Tak. Nan's painting returns Hallany back to his ancestral Bedouin lands. Atop of a rocky outcrop, he surveys the desert at dusk as turbulent sky on the horizon hints at an impending storm. The drama of the scene illustrates the legendary severe conditions that forged this most ancient breed. 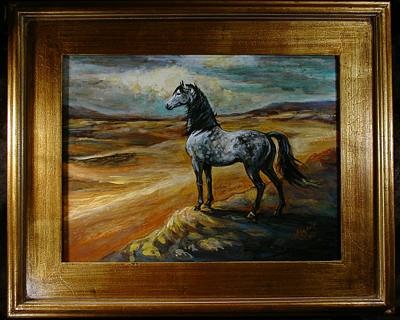 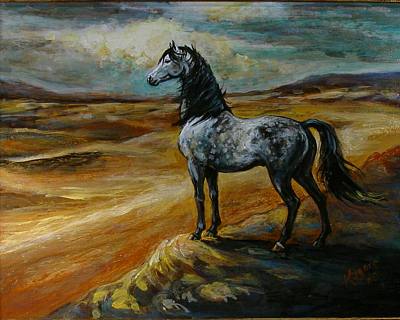 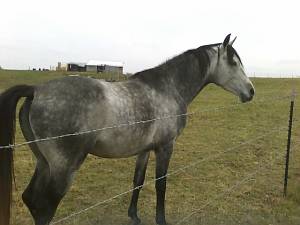